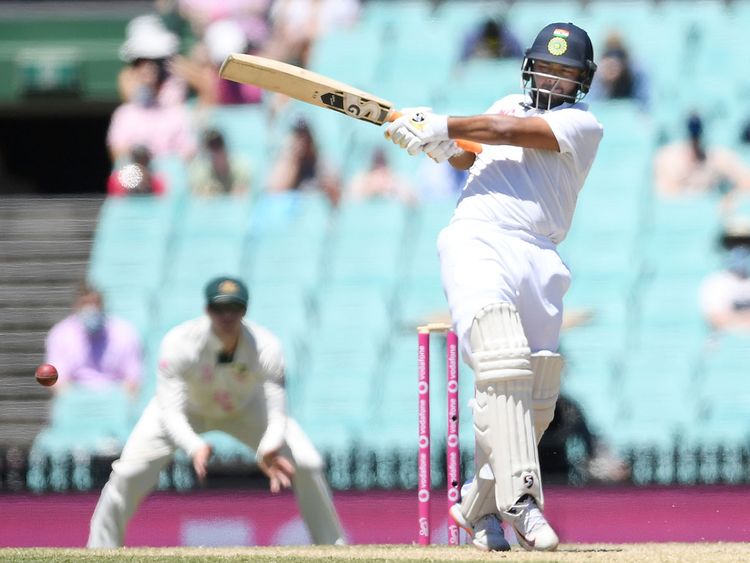 Sydney: A battered and bruised India line-up has survived the full fifth day to force a draw in the third cricket Test against Australia and leave the series hanging on the final test in Brisbane.

The India line-up pushed for victory while an injured Rishabh Pant (97) and Cheteshwar Pujara (77) combined in a 148-run stand that put all the pressure back on Australia.

Nathan Lyon removed Pant in the last over with the old ball and Josh Hazlewood bowled Pujara to make the total 272-5, giving the hosts the edge going into the last session.

But Hanuma Vihari, constrained by a hamstring strain he picked up while running through for a single, and Ravichandran Ashwin stonewalled together for 258 deliveries, as India switched plans and pushed for a draw rather than risk chasing an unlikely win.

Ashwin, who was given out but successfully overturned the caught-behind decision, was hit on the body by a short ball and survived a dropped catch but finished unbeaten on 39 from 128 balls. Vihari faced 161 balls for his unbeaten 23, getting a late reprieve when he edged Mitchell Starc and Australia captain Tim Paine put down a catch behind the stumps.

If the fourth day at the Sydney Cricket Ground was overshadowed by allegations of racist abuse from the crowd, the fifth was memorable for the courageous Indian innings to defy test cricket’s leading bowling attack.

Going into the last hour of play, India had five wickets in hand and Australia’s bowling attack was frustrated and ragged. No more wickets fell. In the last innings, four catches were uncharacteristically put down.

Ravindra Jadeja was next on the list to bat, waiting in his protective kit in the pavilion despite his fractured thumb, but wasn’t needed.