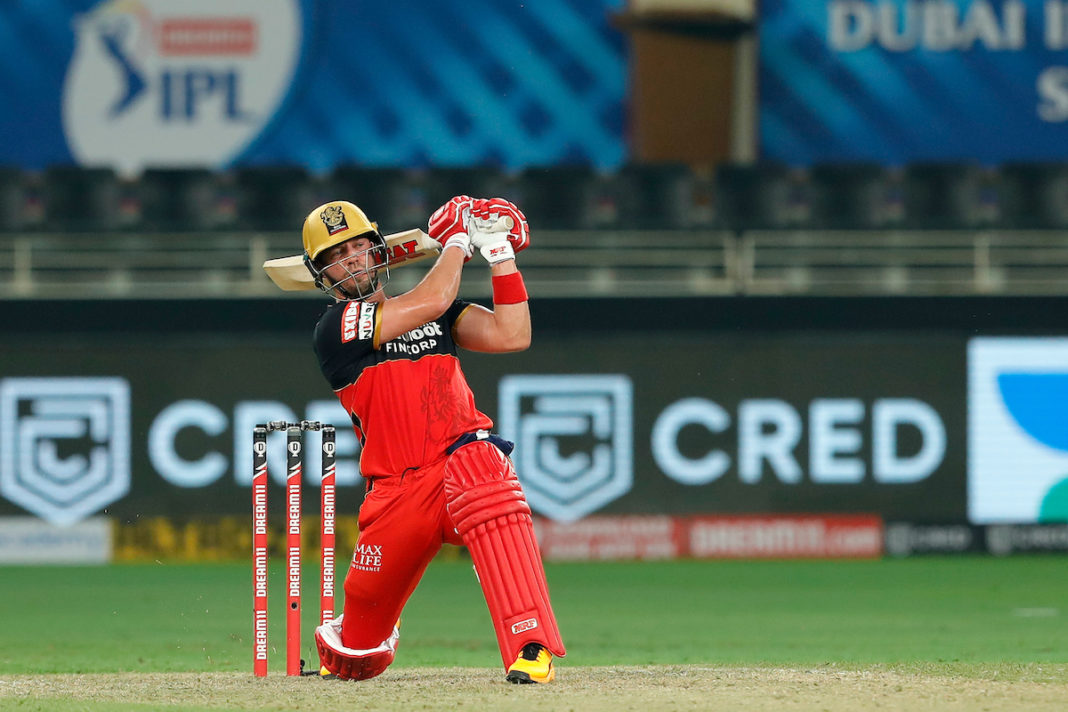 South African batsman AB de Villiers has once again reiterated his desire to play the T20 World Cup later this year in India. De Villiers has been in outstanding form in the ongoing edition of the Indian Premier League playing a major role in Royal Challengers Bangalore occupying the top spot which has reignited talks of a potential return to international cricket.

On Sunday (April 18), the 37-year-old was once again impressive in his role as RCB’s No.5 as he thumped an unbeaten 76 off just 34 balls to propel them to a big win. Post the game, de Villiers confirmed that he will be holding discussions with former teammate and current national head coach Mark Boucher on his comeback.

“I haven’t had a discussion with Bouchy (Mark Boucher) yet. We are lined up to have a chat somewhere during the IPL but yes we have been talking about it,” de Villiers said. “Last year, he asked me if I would be interested. And I said, ‘absolutely’. And come the end of the IPL, we will have a look at where we are at with regards to my form and my fitness.

“Also, the situation with his team – he’s got to look at his guys who have been performing well over the last while,” he noted. “If there’s no space for me, so be it. If I can slot in there, it will be fantastic if all those things fall in place. Waiting for Bouchy towards the end of the IPL, and we will then plan accordingly.”

Following his retirement in 2018, de Villiers did make a last-minute attempt to feature in the ODI World Cup in England. However, the team management and selectors agreed in unison that it was too late to accommodate the batsman in the 15-member squad. During the ongoing series T20I series between South Africa and Pakistan, Boucher confirmed that he had a word with the veteran before he departed for the IPL.

“The conversation is still very open,” Boucher had said. “AB being the person he is, he wanted to perform very well at the IPL to prove to himself and everyone else that he’s still a key figure in world cricket and can dominate at that level. I said to him, ‘You go do your thing and I’ll give you a shout towards the end of the IPL and see where you are.'”

Hyderabad on standby in case of COVID-19 surge