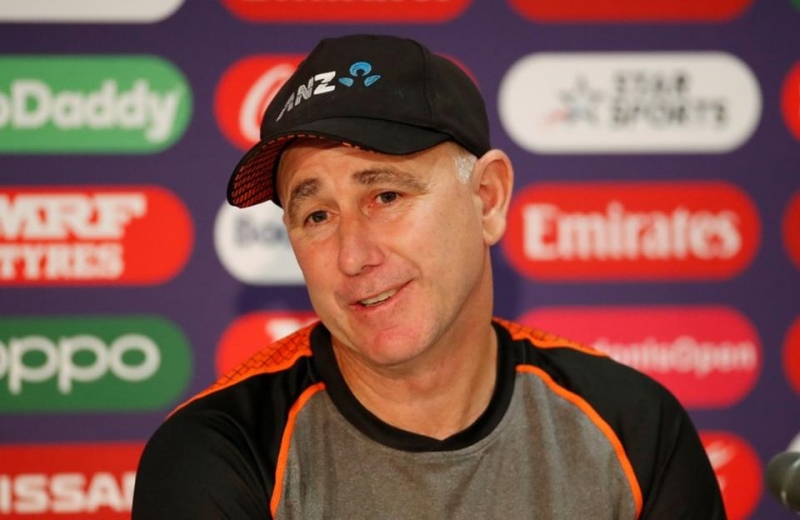 New Zealand coach Gary Stead has said it’s likely that the team will look at replacements for Trent Boult and Colin de Grandhomme, both of whom are recovering from injuries ahead of the three-match tour of Australia, but remained “quietly optimistic” that the duo will get fit in time.

“I don’t know if I’m really confident, but I’m quietly optimistic they’re tracking where we want them to be,” Stead said. “But it’s a long way to go if we know they’re not going to play, so it’s likely we’d look at replacements.”

New Zealand played Matt Henry and Daryl Mitchell for Boult and de Grandhomme respectively against England in Hamilton, and also have Lockie Ferguson waiting in the wings for a chance in the Test arena.

Both Boult and de Grandhomme suffered muscle injuries in the first Test in Mount Maunganui, which the hosts won by an innings and 65 runs. Boult was only able to bowl one over on the final day and walked off the field after experiencing pain on the right side of his ribs. De Grandhomme, on the other hand, suffered a tear to his left lower abdominal muscle.

“Both Colin and Trent are progressing well, which is encouraging for us,” Stead said. “Colin could have kept bowling through the last Test so he’s probably just a little more advanced. But Trent actually rocked up really well today.

“Both have rolled their arm over at a very low level in the last two days. But both are going to have to prove their fitness a couple of days out from the first Test and bowl a decent spell of 10-12 overs at least over two or three spells.”

New Zealand captain Kane Williamson lauded his team’s progress in this two-match series and looked forward to the “tough” tour of Australia.

Bangladesh Cricket Board keen on playing only T20Is in Pakistan

Leading Pakistan in front of home crowd a highlight of my...