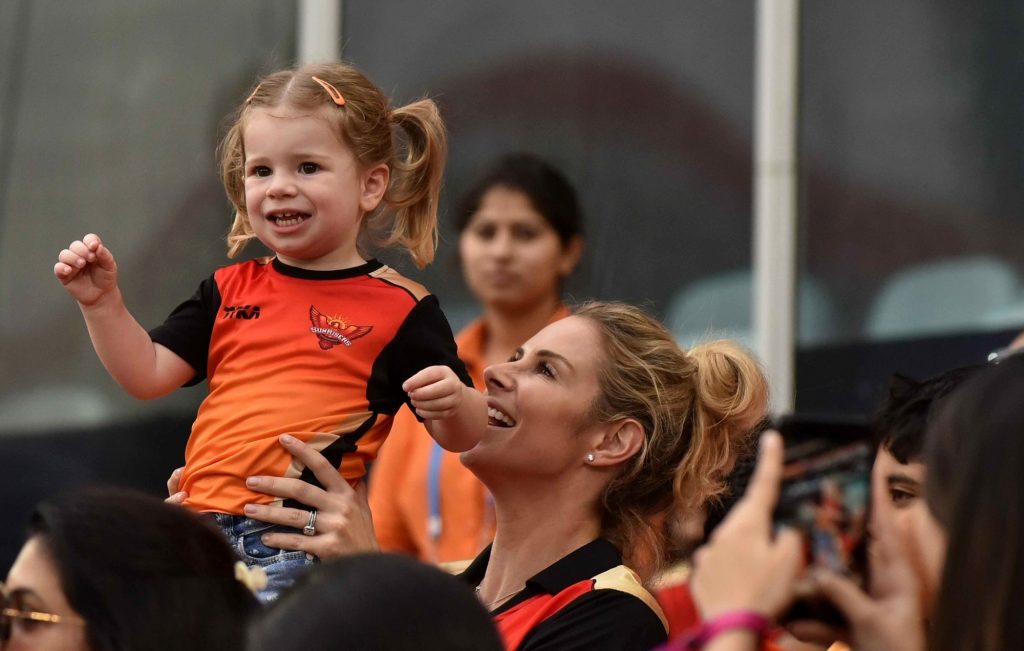 Sydney: After serving a one year-ban, David Warner is at his prime and the opener now wants her daughter to be a player like Indian captain Virat Kohli.

In a video posted by Candice Warner, David Warner’s wife, the Australian left-hander’s daughter Ivy Mae can be seen batting and repeatedly claiming “I’m Virat Kohli”. She captioned the video stating: “This little girl has spent too much time in India. Wants to be @imVkohli”.

Warner is fourth in the list of all-time top run-getters in the cash-rich Indian Premier Legue (IPL), accumulating 4,706 runs in from 126 matches, averaging 43.17, which happens to be the highest in the tournament.

Since the 2014 season, David Warner has been in a class of his own in the IPL. In that edition, he finished fourth in the top run-getters list, which was topped by Robin Uthappa.