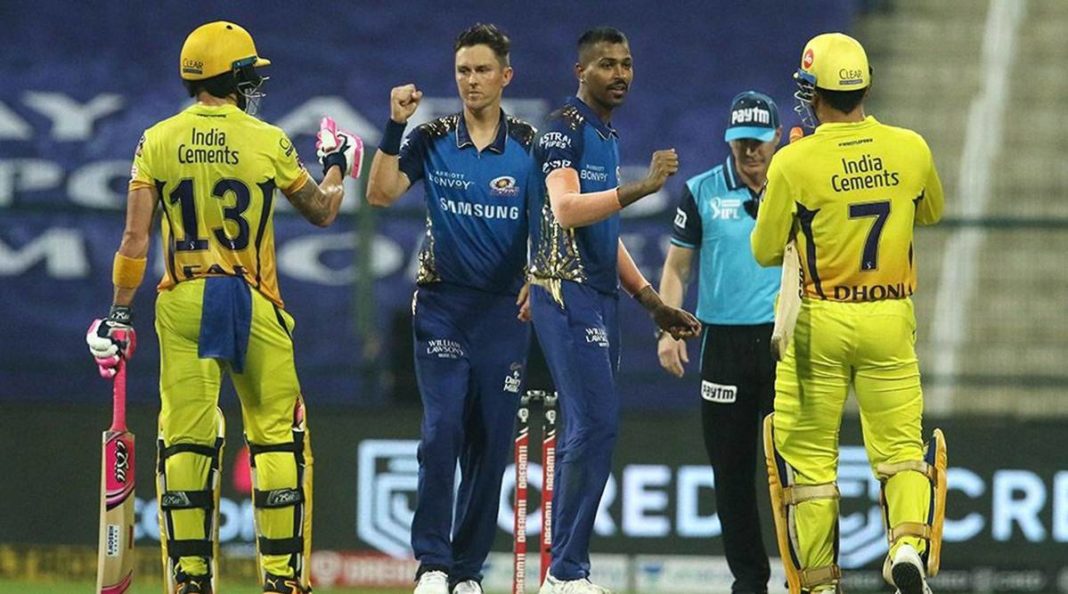 It feels like eons ago that Kieron Pollard engineered a win for Mumbai Indians in a game that Rohit Sharma hailed as one of the best he’s been a part of. Months of cricket across formats in bio-bubbles and unfortunate cancellations later, the keys to the re-ignition of the IPL bandwagon has, understandably, fallen in the arms of the two champion sides. It perhaps gives a degree of seamlessness to the unprecedented task of restarting an IPL season after a lengthy layoff.

Despite the defeat on May 1, CSK would’ve perhaps felt the halt came at the worst time for them – in the midst of a dramatic resurrection after the lows of 2020. They don’t have happy memories on the tricky turfs of UAE, but four of their six victories last season came in Dubai. Their proactive batting, however, so far could straightaway be under scrutiny on Sunday in the possible absence of Faf du Plessis.

Mumbai Indians, meanwhile, won’t mind the switch to UAE one bit, where the conditions engulfed them in a much warmer embrace last year. Kieron Pollard, who has already turned the heat on MI’s adversaries once this season, enjoyed a strike rate of 191 in 2020, and their bowlers, particularly the quicks, too can expect a flip in their fortunes after making a dreary start in India.

Rajasthan Royals beat Punjab Kings by 2 runs in a thriller

Red-hot DC stand in the way of RR’s resurgence