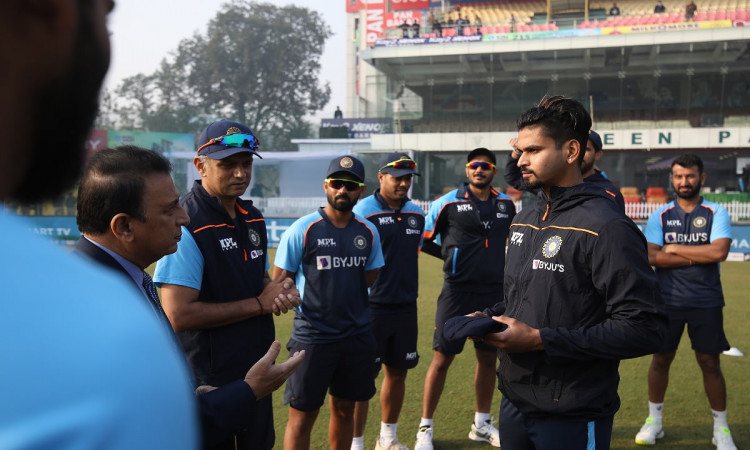 Ahead of the start of India’s first Test against New Zealand at the Green Park Stadium, there was a moment to cherish for Shreyas Iyer. Iyer, the middle-order batter, became the 303rd Test cricketer for India. Though his debut was confirmed on Wednesday by captain Ajinkya Rahane, Iyer was handed his maiden Test cap by legendary cricketer and fellow Mumbaikar, Sunil Gavaskar. 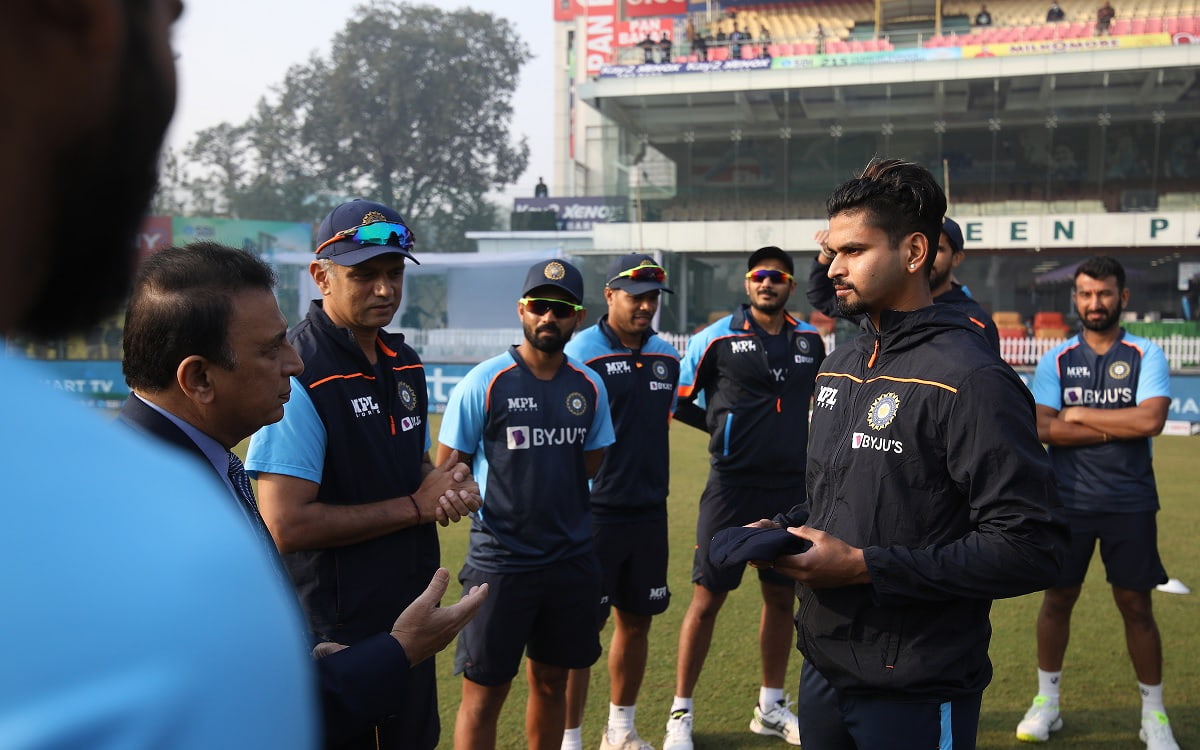 In a video uploaded by the BCCI on its social media handles, Gavaskar addressed Iyer as Rahane, head coach Rahul Dravid and the rest of the Indian team members looked on and then applauded Iyer for receiving his Test cap from Gavaskar. Upon receiving the Test cap, Iyer kissed the cap and wore it on his head. After the cap presentation ceremony was done, Iyer got hugs from all members in the Indian team.

A moment to cherish for @ShreyasIyer15 as he receives his #TeamIndia Test cap from Sunil Gavaskar – one of the best to have ever graced the game. #INDvNZ @Paytm pic.twitter.com/kPwVKNOkfu

Iyer had got his first Test call-up in 2017 when he was brought in as a replacement for the injured Virat Kohli ahead of the fourth Test against Australia in Dharamshala but didn’t get into the playing eleven.

In the 2015/16 Ranji Trophy, Iyer scored 1321 runs in 18 innings at an astonishing average of 73.38 in leading Mumbai to their 41st trophy. His highest score in first-class cricket came in a tour match against Australia at the Brabourne Stadium in February 2017, making an unbeaten 202 off 210 balls, laced with 27 fours and seven s’xes. Iyer’s last red-ball appearance came in 2019 during the Irani Cup match between the Rest of India and Vidarbha at Nagpur.