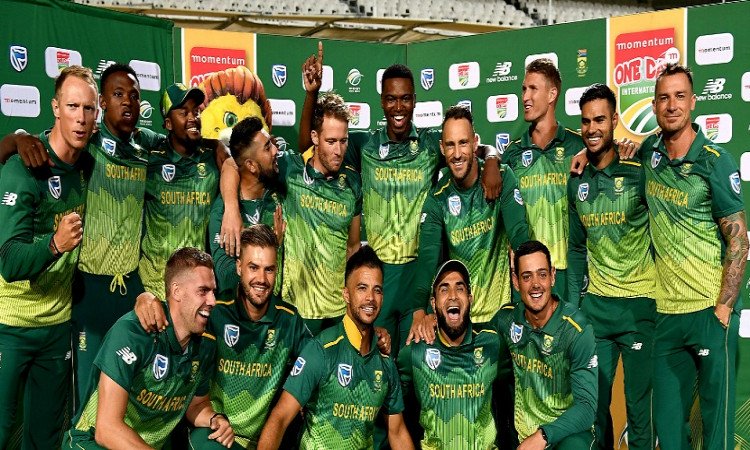 The ongoing governance catastrophe in Cricket South Africa (CSA) has now resulted in them losing their biggest remaining sponsor with Momentum, its ODI sponsor, announcing that it will walk away once it’s contract expires in April 2021.

According to a report in ESPNcricinfo, Momentum has confirmed that it will not seek to renew its sponsorship of international ODIs, the franchise one-day cup, the national club championships, the under-13, under-15 and under-17 school’s weeks and development initiatives including the Momentum Friendship Games and the eKasi Challenge. However, they will continue to sponsor the national women’s team until 2023.

In a statement, the financial services company said that is “not satisfied with the current state of affairs at CSA regarding governance and other reputational issues”.


“We will continue our dialogue with CSA to keep them accountable to do the right thing,” Carel Bosman, head of sponsorships at Momentum said. “We all want to see a governing body that is run professionally and ethically, and one that considers all stakeholders to the game.”

Momentum has become the second major sponsor to cut ties with Cricket South Africa after Standard Bank opted not to continue their support of the Test team in December last year.

The development comes amid times when CSA’s board and key staff were last Thursday ordered to step aside by the South African Sports Confederation and Olympic Committee (SASCOC). CSA members — including acting CEO Kugandrie Govender, company secretary Welsh Gwaza and acting chief commercial officer Thamie Mthembu — will no longer be involved in the day-to-day running of the cricket body and SASCOC will now appoint a task team to conduct an investigation into the affairs at CSA.

The SASCOC has clarified that they are just going by the law in the country and there is no government interference of any regard.

Meanwhile, the CSA has said that “it does not agree with the resolution taken by SASCOC and has not had the opportunity to engage with SASCOC on various issues raised in the communication”.

“…CSA is taking legal advice regarding the basis on which SASCOC has sought to intervene in the business affairs of CSA. CSA does, however, commit to engaging further with SASCOC to understand its position and to find common ground with it in the best interests of cricket,” the CSA statement read.