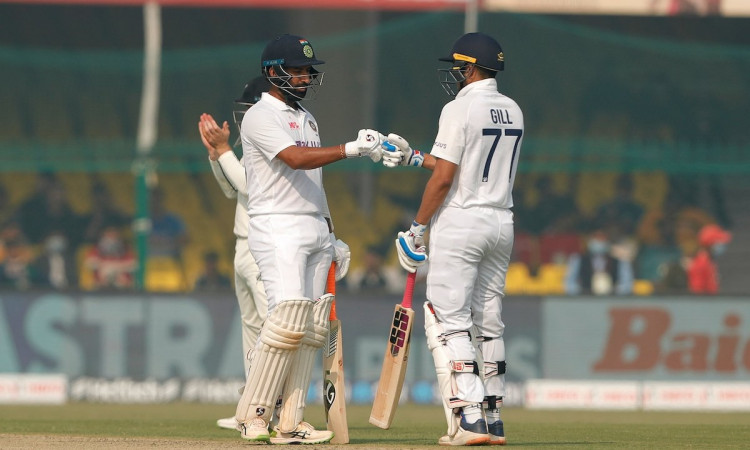 India batters started strong in the 1st session of the first test and scored 82 runs for the loss of one wicket against New Zealand here in Green Park Stadium, Kanpur. Captain Ajinkya Rahane won the toss and opted to bat first. Openers Mayank Agarwal and Shubman Gill had a nervous start as Tim Southee and Kyle Jamieson swung the new ball. The duo kept playing and missing during which Mayank succumbed to Jamieson as he edged one to the keeper.

After Mayank got out on 13 in the eighth over, Kiwis kept Jamieson and Southee from one end while introducing Ajaz Patel from the other end who challenged the stumps of both Gill and the new batter Cheteshwar Pujara.

However, Patel kept delivering one loose ball per over on which Gill latched on to keep the scoreboard going. Gill used his leg against spin, played on backfoot to cut, and drove his way to an 81-ball-50.

Gill and Pujara have so far added 61 runs for the second wicket.