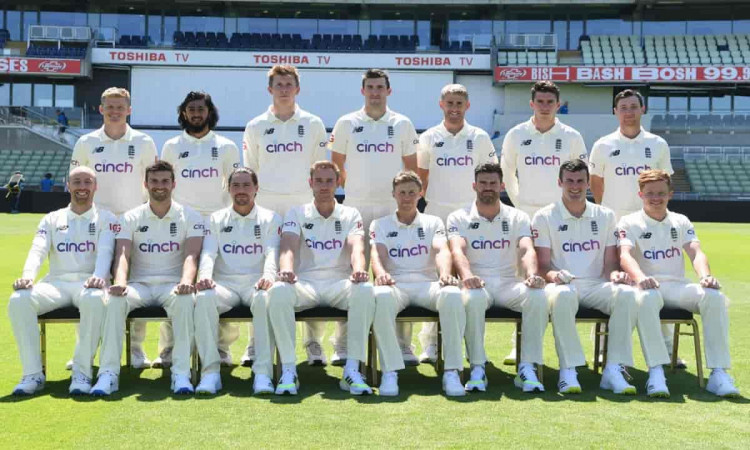 Ahead of the second Test against New Zealand here at Edgbaston, the England cricket team players wore black anti-discrimination t-shirts as they repeated the ‘moment of unity‘ gesture from first Test at Lord’s.

The black jersey that the England players wore had the logo of the England team and had ‘Cricket is a Game for Everyone‘ inscribed on the front. The gesture comes after pace bowler Ollie Robinson was dropped from the second Test as some of his old racist and sexist tweets went viral on the first day of the first Test. He was replaced by pacer Olly Stone in the second Test.

The England and Wales Cricket Board (ECB) is being criticised for not repeating ‘taking the knee’ gesture they showed last summer when West Indies toured the country. ECB has also been accused of racial discrimination by a couple of umpires.

The black jersey ‘moment of unity’ gesture was witnessed by a crowd of 17,000 fans as the British government slowly looks to opening the country after Covid-19 pandemic had forced it into a lockdown over the past one year.

The British government, which has termed the second Test as a pilot event to test the readiness of the country to have large crowd at sporting events, has allowed 70 percent crowd for the Test match.

The first Test at Lord’s had witnessed only 25 percent crowd. The World Test Championship final between India and New Zealand from June 18 is likely to be attended by a crowd of 4,000 fans.