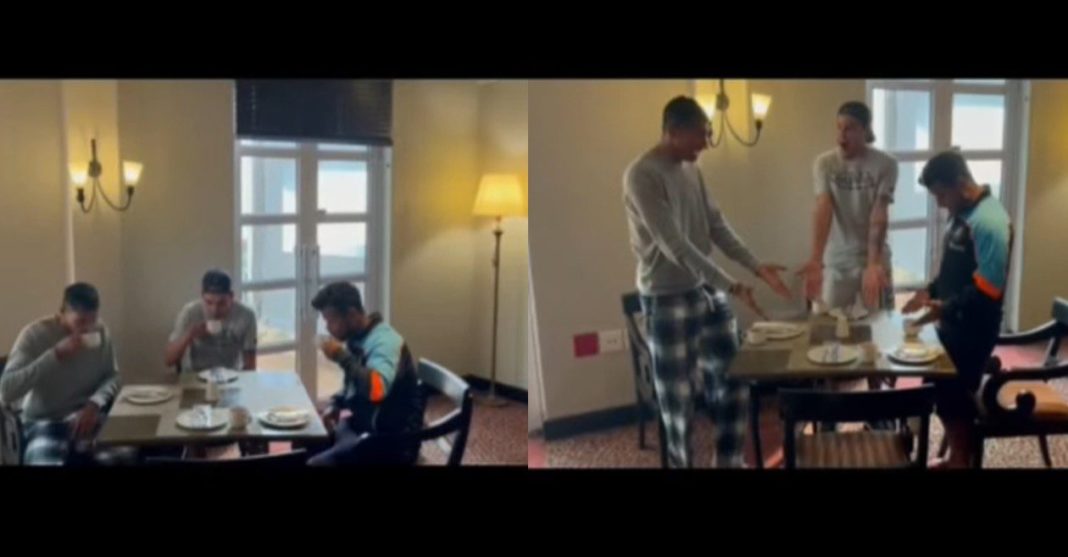 India A are currently playing their first unofficial Test match against South Africa A in Mangaung Oval at Bloemfontein. They were scheduled to play three four-day matches in South Africa from November 23 to December 9.

Leg-spinner Rahul Chahar is a part of the touring party and he recently took to Instagram to share his reaction after getting a good tea in South Africa. Fast bowler Navdeep Saini and all-rounder Saurabh Kumar also featured in the video shared by their teammate.

The trio seemed impressed with the tea served to them in South Africa. They left netizens in splits with their hilarious reaction.

“Our reaction when we get good chai in South Africa,”  Chahar captioned his post.

Rahul was picked for Team India in place of Yuzvendra Chahal in the recently concluded T20 World Cup in UAE. However, Rahul was benched for most of the matches in the multi-nation tournament. He only played in India’s final Super 12 fixture against Namibia, where he went wicket-less and conceded 30 runs in his quota of four overs.

However, Rahul was ruled out from the squad for the subsequent New Zealand home series. Instead, he was drafted into India A squad for a shadow series (unofficial Test) against South Africa A.

South African batters put up a strong display on the opening day of the contest after being asked to bat first. The opener Sarel Erwee was dismissed early by Saini, but captain Pieter Malan steadied the ship with his unbeaten 157. Tony de Zorzi also batted brilliantly and scored 117 runs before being sent back by speedster Umran Malik.

Furthermore, Jason Smith smashed a half-century and did not allow the Indian bowlers to turn things around in the final session of the day. The Proteas have scored 343/3 in 90 overs with Malan and Jason still on the crease.

For India, Arzan Nagaswalla, Umran and Navdeep picked up a wicket each. On the other hand, Rahul, Krishnappa Gowtham and Baba Aparajith remained wicketless on Day 1.