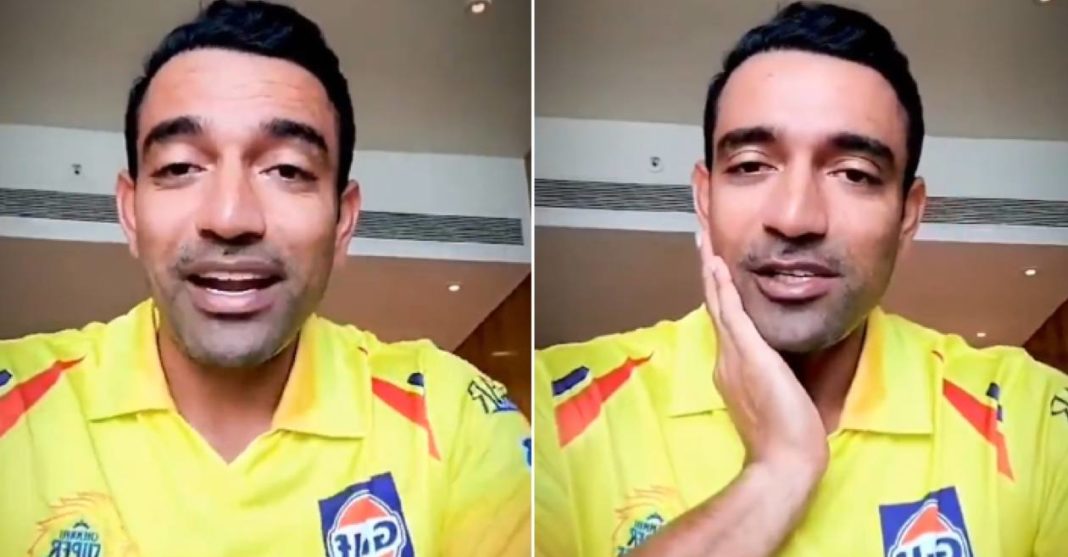 Wicketkeeper-batsman Robin Uthappa, who was traded to the Chennai Super Kings (CSK) in mid-January, after one season with Rajasthan Royals (RR), said that it’s a “desire come true” to be picked by CSK as he always wanted to play along with MS Dhoni before the latter retires from professional cricket.

“Vanakkam Chennai, epdi irukeenga? (Hello Chennai, how are you?),” Uthappa said in a recent video shared by CSK on their Twitter handle.

“First of all, I’d like to say thanks to all the CSK fans for the wonderful welcome I’ve received over the last few weeks. This message is a bit long-pending, but I’m glad that ‘late aanaalum latest ah pannirken’ (I’m latest even if I’m late – a reference to a popular Tamil movie dialogue).

“Honestly, it’s bit of a desire come true for me. It’s been almost 12-13 years since I played with MS Dhoni. I had a desire to play with him again and win a tournament once before he retires. So it’s a blessing to get an opportunity to play for CSK.

“Not just that, I get to play with a lot of players I grew up with. Ambati Rayudu, Suresh Raina… I’ve been playing with them since Under-17. So I’m very very happy that I’m a part of CSK.”

Uthappa is focused on working hard for better performance in the forthcoming IPL. The Karnataka-lad also ensured that Chennai fans will whistle for him although he doesn’t know how to whistle.

“I’ll work hard and play well if I get an opportunity. And I’m looking forward to coming there and entertaining all of you.

“I don’t know how to whistle, but I’ll make you all whistle,” he added.

Uthappa was a part of the 2007 T20 World Cup-winning Indian team that won the inaugural edition of the tournament under Dhoni.

In the IPL, Uthappa is a veteran having played 189 games so far.

He has clubbed 4607 runs at a strike-rate of nearly 130, with 87 against the Rising Pune Supergiant being his best.