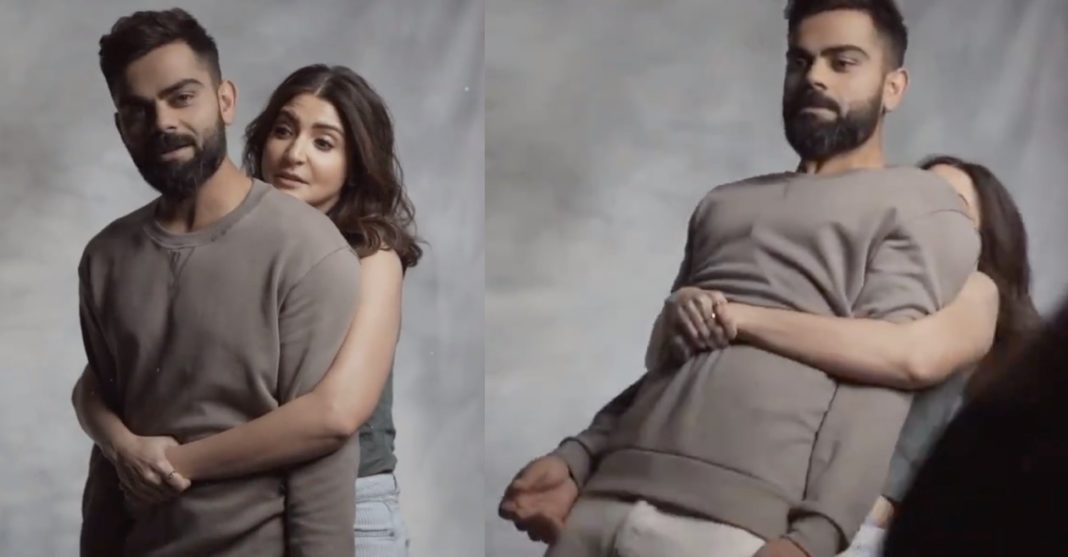 Team India captain Virat Kohli and his actress Anushka Sharma are often in a playful mood and give a glimpse of it on their social media pages. The couple has been setting goals since the time they got together.

On Wednesday, Anushka shared a glimpse of her shenanigans with Virat on what appears to be a shoot set. Anushka can be seen lifting her husband off his feet with ease – something which even took the cricketer by surprise, and he said ‘Oh teri’.

Virat asked Anushka to do it again, and she does it, after repeatedly requesting not to help her in any manner.

The couple recently welcomed their first child to the family. They got married in 2017.

While revealing their baby’s name – Vamika – Anushka uploaded a photo on Instagram with Virat and the little princess with a caption stating, “We have lived together with love, presence and gratitude as a way of life but this little one, has taken it to a whole new level! Tears, laughter, worry, bliss – emotions that have been experienced in a span of minutes sometimes! Sleep is elusive but our hearts are SO full. Thanking you all for your wishes, prayers and good energy.”

On the work front, Virat will be leading Royal Challengers Bangalore (RCB) in the upcoming season of IPL, while Anushka has returned to complete her pending TV commercials (TVCs).