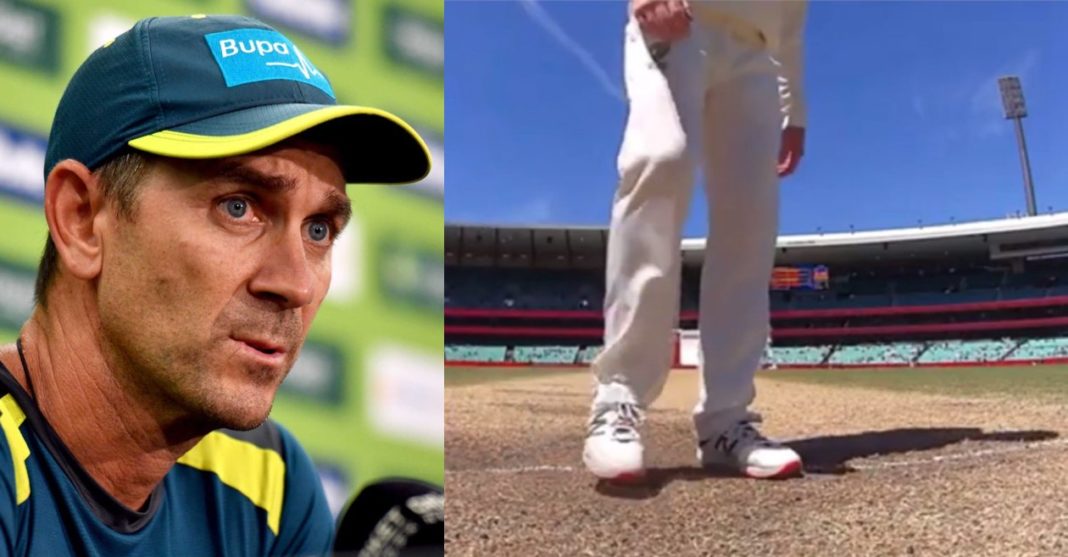 Australia head coach Justin Langer has defended Steve Smith after the latter was accused of deliberately scuffing away the guard of India batsman Rishabh Pant on the final day of the third Test at Sydney Cricket Ground (SCG).

As the video was widely shared on social media, several former cricketers, including Virender Sehwag and Michael Vaughan, lashed out at Smith, who was involved in the ball-tampering controversy in 2018.

This is very very poor from Steve smith !! https://t.co/UwUz7zrdzx

Talking about the whole incident, Langer said: “As for Steve Smith. I can literally not believe some of the rubbish I have read about Steve Smith. An absolute load of rubbish. If anyone who knows Steve Smith, he is a bit quirky and he does some weird stuff. We have all laughed about it… it is what Steve Smith does at the crease. He does it most games, he is thinking about batting.”

“Anyone who suggests for one millisecond he was doing anything untoward, they are way out of line…. absolutely out of line. That wicket was that flat and it was like concrete. You need 15-inch spikes to make an indent on the crease. Seriously, I thought that was absolutely ludicrous. In the last couple of years since he has been back, he has been exemplary on and off the field. He has let his bat do the talking, he was abused like anything I have never seen in England, but he kept smiling and let his bat do the talking. Give me a break,” he added.

The fourth and final Test gets underway on Friday at Gabba in Brisbane, with the series locked at 1-1.