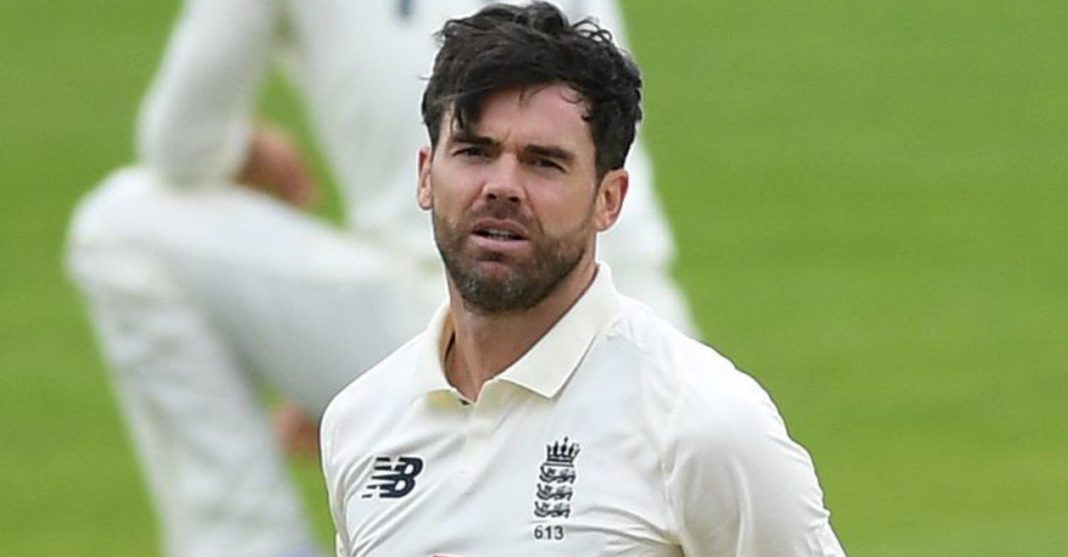 After the suspension of England fast bowler Ollie Robinson for his racist and sexist tweets, the old posts of other English cricketers have been digging up on social media. One of the tweets that have been doing rounds is of England’s veteran pacer James Anderson.

Anderson’s tweet was from 2010 when he was a 27-year-old. In the viral post, which has been deleted now, the Burnley-lad is making fun of his teammate Stuart Broad‘s hairstyle by calling him a “15 yr old lesbian”.

“I saw Broady’s new haircut for the first time today. Not sure about it. Thought he looked like a 15 yr old lesbian! “ the 2010 tweet of Anderson read.

Speaking about his viral tweet, Anderson said that it is a 10-year old post, and he has changed as a person since then.

“The historical stuff, for me, it was 10, 11 years ago. I have certainly changed as a person since then. That’s the difficulty; things do change, and you do make mistakes,” said the 38-year-old as quoted by The Sun.

“I guess we do feel anxious. If there are any tweets from years ago, we have to look at that and try to be better in the future, try to make sure we know it’s unacceptable to use these sorts of phrases and language,” he added.

Anderson said he, along with other players, are attending some workshops organized by the board to get educated about these issues and learn from the mistakes.

“We realise it’s important to try to get educated around these issues, which we continue to do with the ECB and the PCA. We’ve been attending workshops before this series against New Zealand to try to improve ourselves as people. It doesn’t matter how old you are; you can never know too much. So it’s important we keep buying into this because we want to make our game as inclusive as possible,” Anderson added further.