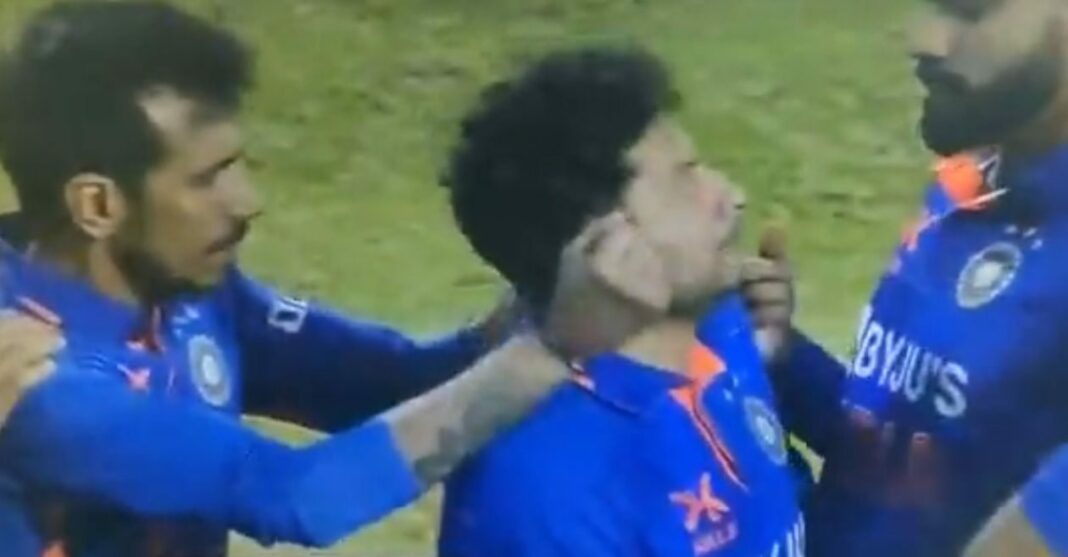 India locked horns with New Zealand in the third and final One Day International (ODI) at Holkar Cricket Stadium in Indore on Tuesday (January 24). The Men in Blue won the contest by 90 runs and whitewashed Blackcaps in the ODI leg (3-0).

Asked to bat first, Rohit Sharma (101) and Shubman Gill (112) powered India to a mammoth total of 385/9. Rohit and Gill built a massive 212-run opening partnership and smashed New Zealand bowlers all over the ground.

Apart from both the Indian centurions, Virat Kohli (36) and Hardik Pandya (54) also contributed to the team’s total. Meanwhile, Jacob Duffy and Blair Tickner picked three wickets each for the Kiwis.

In reply to India’s mighty total, New Zealand got off to a shaky start as their opener Finn Allen was dismissed for a duck. However, Devon Conway and Henry Nicholls handled the situation well and built a 106-run stand to keep the hopes alive for the visitors. Conway (138) scored a brilliant ton but unfortunately couldn’t guide his team to victory and ended up on the losing side.

On the other hand, Kuldeep Yadav and Shardul Thakur scalped three-three wickets and helped India whitewash New Zealand in the ODI series.

In the post-match presentation, after India’s clean sweep, Yuzvendra Chahal was seen pulling Kuldeep’s ears when the latter was having a chat with Mohammed Siraj. Chahal held the left-arm spinner’s ears from the back and shook his head. Fans on social media seemed to love the banter between Kul-Cha.

It was after a long time, both Chahal and Kuldeep appeared simultaneously in an ODI game. Notably, the last 50-overs match both played together was against Sri Lanka back in July 2021. Next, India will face New Zealand in the three-match T20I series, which starts on Friday (January 27).