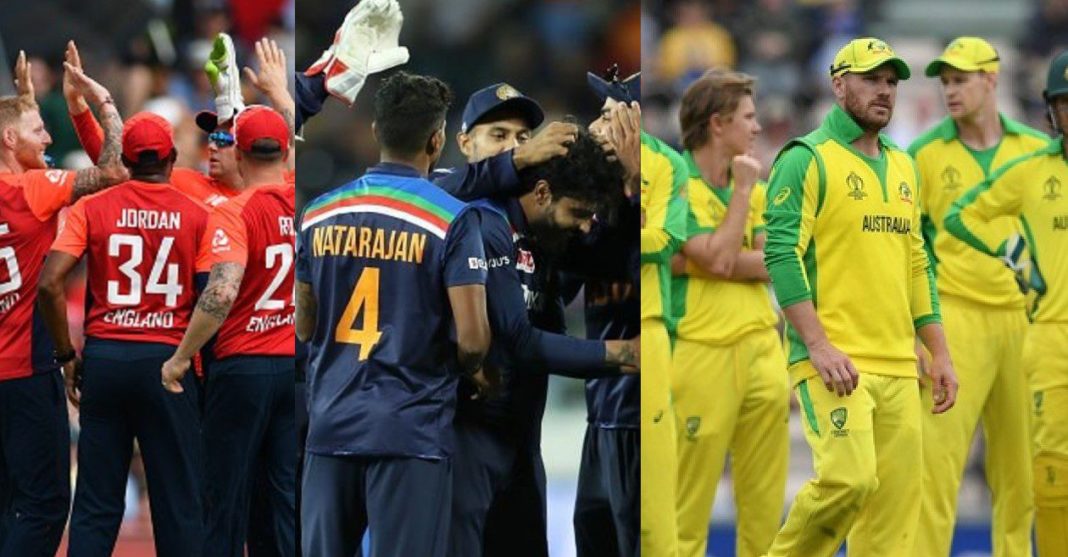 Australia slipped from the third spot to fifth and witnessed a decrease in nine points in their aggregate score and now have 258 points.

While South Africa and Afghanistan withheld their sixth and seventh ranks, Sri Lanka and Bangladesh moved up a spot.

West Indies slipped by two positions and are ranked at the bottom of the top 10 list.

According to the latest rankings, ICC has counted all matches played since May 2020 at 100 per cent and those of the previous two years at 50 per cent.

Despite the pandemic, 80 countries have played the requisite six T20Is over the past three years to remain in the rankings. Five countries – Gambia, Ghana, Hungary, Sierra Leone and Sweden – have lost their ranking after the update.