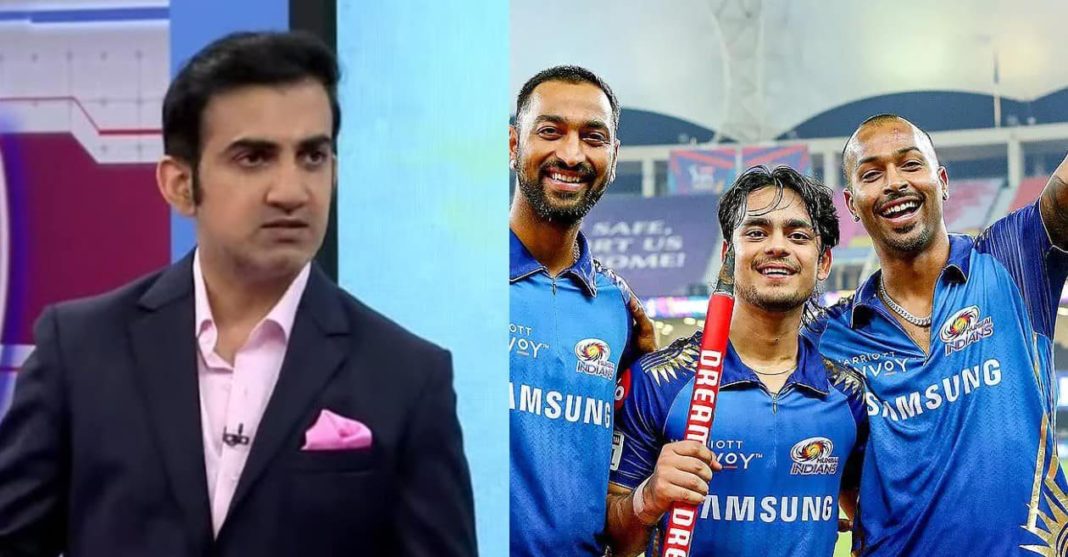 Fans are eagerly waiting for the second half of Indian Premier League (IPL) 2021, which is set to resume from September 19 in United Arab Emirates (UAE). All the teams have begun preparations for the cash-rich league, including Mumbai Indians (MI), who have reached Dubai early.

The five-time IPL champions started slowly in the first half but managed to win games in the latter stages and are currently placed fourth on the points table. No wonder the reigning champions will be looking for another IPL title this year.

Former India cricketer Gautam Gambhir has expressed his support for the Rohit Sharma-led side as he reckons the conditions will suit their style of play. Gambhir asserted that the conditions in UAE would be beneficial for an MI pace attack that features the likes of Jasprit Bumrah and Trent Boult. The former Delhi cricketer observed the tracks in the Gulf will be far different from what fans see in Chepauk, and hence the batting unit, which has stars like Rohit, and Hardik Pandya, will shine.

“There will be swing upfront, so they will be very dangerous. Plus, Mumbai wants balls to swing, and you’ve got quality fast bowlers, and it’s going to be an advantage for them. Plus, their batters want the balls to come on to the bat as well, people like Rohit Sharma, Hardik Pandya, all those guys struggled at Chepauk because it was gripping and turning,” he added.

Gambhir opined that, unlike the first half of the tournament, MI could not afford to start slowly this time around because then qualifying for the final four would become very difficult for them.

“They are not going to struggle once they start playing in Dubai or Abu Dhabi. So, that’s the reason why I would feel Mumbai Indians will have an advantage; they can’t afford slow starter anymore because they have seven games to go, and they might have to win 5 matches to qualify, so they can’t afford to be in that situation, where they have to win five out of five,” Gambhir added further.