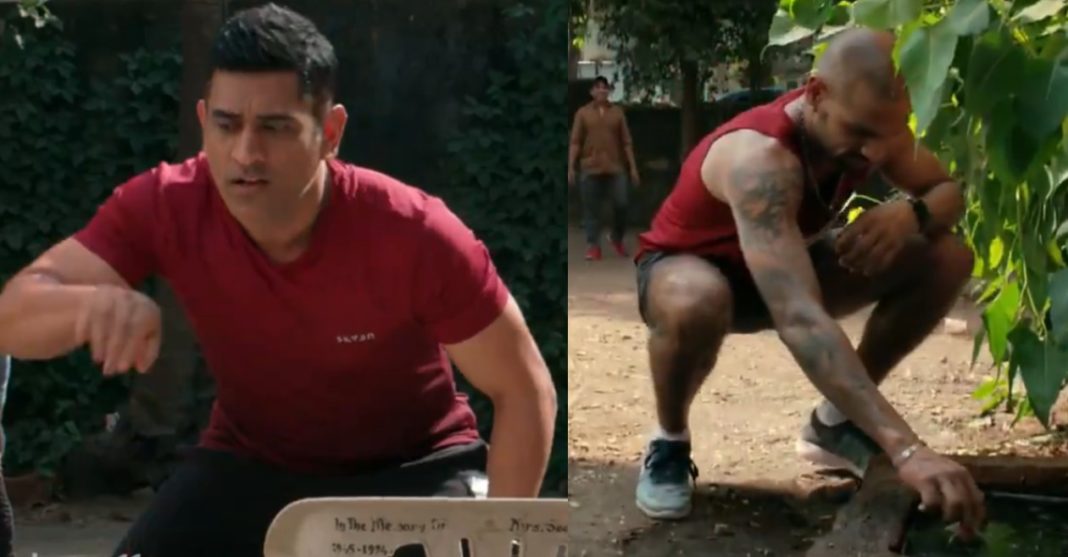 After a lot of hue and cry regarding a ‘Chinese mobile company’ sponsoring the Indian Premier League (IPL) in the wake of growing boycott movement in the country, homegrown ‘Dream11’ was designated as the title sponsors of IPL 2020.

The fantasy suggestion platform trumped past the likes of Byju’s and Unacademy by quoting the highest amount (INR 222 crores) during the bid.

In gully cricket, the rules are the same for all, no matter how big a star. While you can’t play gully cricket yet, #Dream11IPL is back!

Challenge your friends on Dream11, where you’re the selector & the player! #YeApnaGameHai

The likes of Dhoni, Rohit, Bumrah and Pant were seen having a blast while playing ‘Gully Cricket’ in the commercial. The video captured the essence of ‘Gully Cricket’ in India, and how it is an integral part of a common man’s life.

Both Dhoni and Rohit will represent opposite fronts in Chennai Super Kings (CSK) and Mumbai Indians (MI) during the opening clash of the season, scheduled on September 19 at Abu Dhabi. Meanwhile, Pant and Dhawan are the batting mainstays for the Delhi Capitals (DC) in the IPL.

The song depicted the hassles of various Indians in different walks of life, fire-fighting the global pandemic situation.

The anthem also encapsulated the tireless efforts of innumerable personnel involved in the execution and conduct of the tournament, which was shifted abroad. Thus, providing relief to millions in the cricket-frenzied nation, through the best form of entertainment.

But, rapper Krishna claimed that the anthem was copied from his track ‘Dekho Kon Aya Wapas’, released back in 2017. The development of the title track of IPL 2020 anthem being copied without credits, copped a substantial amount of flak from the netizens.