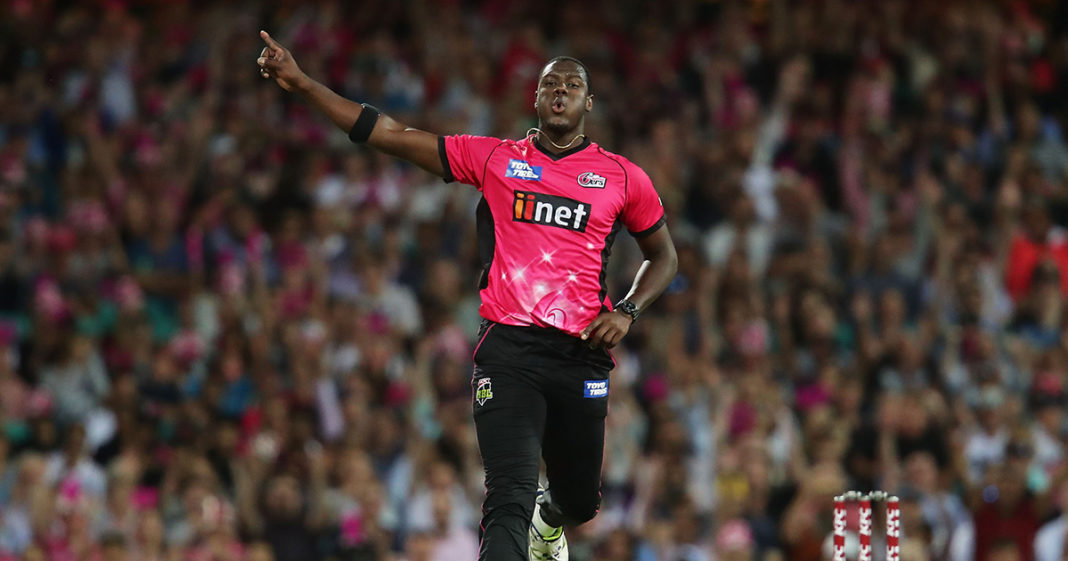 Carlos Brathwaite has penned a new deal with Big Bash League’s defending champions Sydney Sixers for the upcoming season. Incidentally, the all-rounder played four matches for the side in 2017-18.

Sixers would hope for Brathwaite to bolster their already powerful lower-middle order comprising Tom Curran and Dan Christian. Sixers have also signed up England batsman James Vince for the season, with both Vince and Brathwaite available for the entire season.

During his time with Sixers in 2017-18, Brathwaite made an impact with the ball, picking up six wickets. The West Indies all-rounder, who has 1614 runs and 154 wickets in T20s, has also represented Sydney Thunder.

Meanwhile, barring Melbourne Stars, all other BBL sides have now confirmed the availability of at least three overseas players for the season. Haris Rauf, who made his presence felt for Stars last season, is unavailable due to international commitments.

PCB set to appeal against reduction of Akmal’s ban