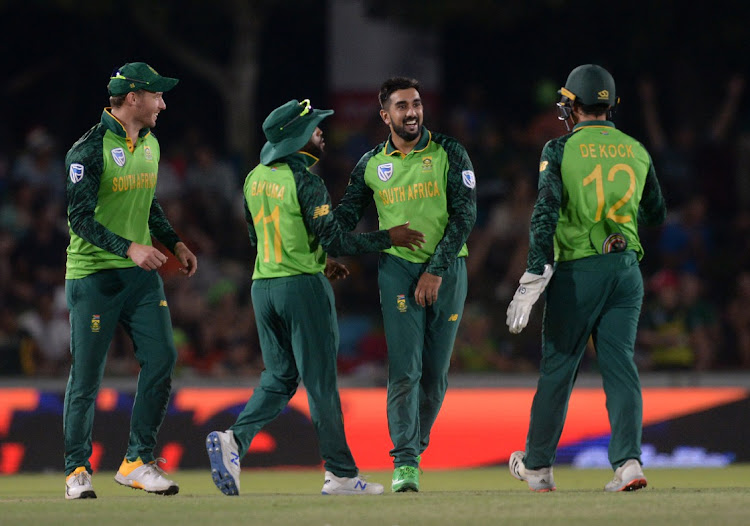 With fitness questions over Temba Bavuma and Tabraiz Shamsi settled, South Africa should be at full strength for their T20 World Cup opener against Australia in Abu Dhabi on Saturday.

Bavuma, who broke a thumb in Sri Lanka in September, played his first cricket in 50 days this week in his team’s warm-up matches against Afghanistan and Pakistan. Shamsi limped off with a groin problem after bowling four deliveries against Pakistan on Wednesday.

But Bavuma told a press conference on Friday that both had been cleared to play: “On my side, the fitness is good. I managed to get through the two games unscathed. The hand held up nicely. So I’m all good to go. Shamsi as well – I understand he’s also good to go. He did pass his fitness test today.”

As the top-ranked T20I bowler, Shamsi is crucial to South Africa’s chances in a tournament that will be played on pitches that would have been slow even before the completion of the IPL sapped life from the surfaces.

Bavuma will want to move up a gear after scoring 77 runs at a strike rate of 95.06 in the warm-up games, in which he opened and batted at No. 4. “Not having played cricket for quite a while probably contributed to that,” he said of his relatively slow batting. “Adjusting to the conditions and, I guess, trying to formulate a game plan was also part of that. Being out of the game for quite a while, that was probably the main contributor.”

Cricket can still bring some relief to people : Ricky Ponting

Abu Dhabi T10: Isuru Udana working out a plan to get...