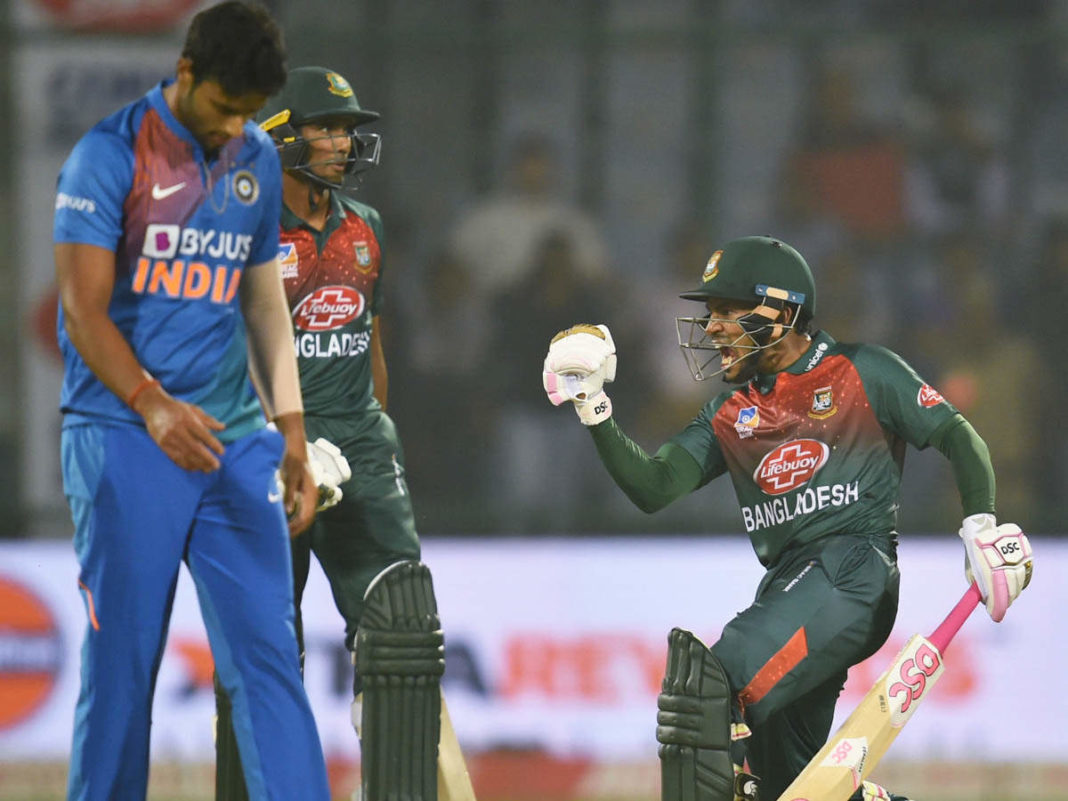 late blitz from Mushfiqur Rahim saw Bangladesh take victory over India by seven wickets and go 1-0 up in the three-match series.His unbeaten 60 came from 43 balls and included four consecutive fours in the penultimate over as he guided Bangladesh to their first win over India in nine attempts. Having been put in to bat first, India lost their first wicket inside an over. Rohit Sharma (9) struck a pair of boundaries, and in so doing became the all-time leading T20I run-scorer, overtaking compatriot Virat Kohli, before Shafiul Islam (2/36) trapped him in front. A sedate period followed as India sought to build a foundation against disciplined bowling from Bangladesh.

By the time the second wicket fell India had plodded their way to 36 runs in six and half overs. More steady batting, led by Shikhar Dhawan who top-scored with 41, left them 102/5 when deubtant Shivam Dube (1) was brilliantly caught by Afif Hossain (1/11) from his own bowling, with only four overs left in which to accelerate. But accelerate they did, as Krunal Pandya (15* from 8 balls) and then, after the dismissal of Rishabh Pant for 27, Washington Sundar (14* from 5) crunched 46 runs from the final 24 balls of the innings. The pair each hit a six in the final over as India finished on 148/6.