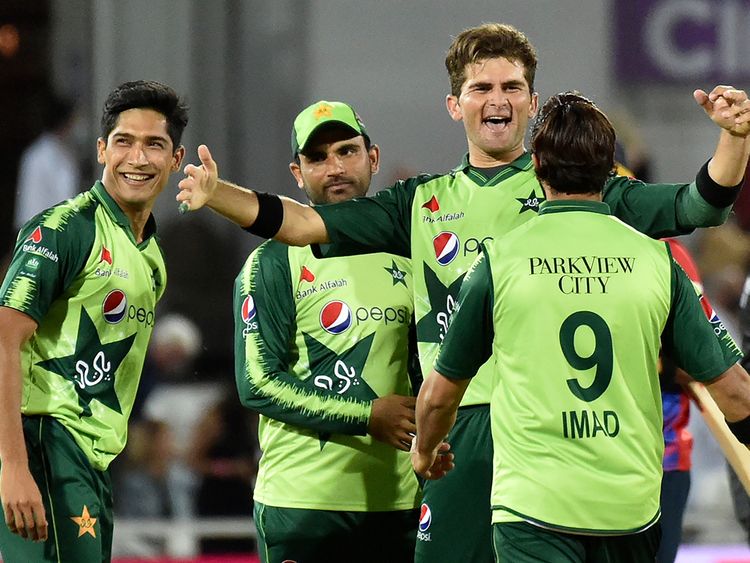 Babar Azam led from the front as Pakistan beat England by 31 runs in the first Twenty20 international at Trent Bridge yesterday despite a blistering hundred from Liam Livingstone.

Pakistan captain Azam made 85 and shared an opening stand of 150 with Mohammad Rizwan in a national record T20 total of 232-6.

But Livingstone gave the hosts hope with a 42-ball century, England’s quickest in a T20 international and the fifth fastest of all-time, hitting six fours and nine sixes on his way to three figures.

Yet it wasn’t enough to prevent Pakistan going 1-0 up in this three-match series, with England bowled out for 201 after player of the match Shaheen Shah Afridi and Shadab Khan took three wickets apiece.

“Everyone took part in today’s win,” said Azam following Pakistan’s first victory of the tour after a 3-0 reverse in a one-day international series.

“After mine and Rizwan’s partnership all the batsmen came and performed their roles and we got a brilliant total.

“We want to carry on the momentum on to the next game and take the positives from today,” he added.

“The biggest compliment I could pay him is our changing room has watched some incredible knocks from (Jason) Roy or (Jos) Buttler or (Moeen) Ali and that knock was as good as any of them. He was incredible.”

Livingstone and Morgan both missed the ODI series after all the originally selected squad had to self-isolate following a Covid outbreak in the England camp.

“It was nice to have that break and I came back in feeling really fresh.

“I didn’t pick a bat up for 10 days then came back in yesterday (Thursday) and felt really good.”

Azam, fresh from a superb hundred in the third ODI at Edgbaston on Tuesday, faced just 49 balls as he and Rizwan took a toll of an experimental England attack.

The skipper was in typically elegant form while hitting eight fours and three sixes before he was caught behind off David Willey.

Fast bowler Afridi took a brilliant caught and bowled to dismiss opener Dawid Malan on his way to 3-30.

Roy’s rapid 32 kept England in the hunt before Livingstone, looking to establish himself in the England set-up, found his range with consecutive sixes off leg-spinner Khan.