Australia’s captain Meg Lanning is targeting a total beyond 300 as the World Cup favourites commence their campaign against a familiar finals foe – West Indies.

While Australia – then known as the Southern Stars – were victorious over the Caribbean side in the final of 2013 tournament in Mumbai, West Indies returned the favour in Kolkata last year to lift the World T20 title for the first time.

Ahead of their tournament opener in the picturesque surrounds of Taunton in Somerset, Lanning eyed the county ground’s short boundaries and fast outfield and hoped for sustained aggression from her batting line-up over 50 overs.

“It’d be nice to get there,” she said of 300. “The ground looks like it runs pretty quick and obviously with the square all the way across as well it picks up a bit of pace off there, so we’ll just have to assess the conditions to start off with and make sure we get a good base with the bat and then launch towards the end.

“Generally the scores here in one-day county games have been very good, and the practice wickets today came onto the bat pretty well as well. There was a bit of drizzle around today which made them a bit skiddy, but we’re expecting the wicket to be pretty good for batting and plenty of runs [in it], so hopefully our batters can cash in.”

The loss to West Indies last year has not been a point of major discussion among Australia’s players, but Lanning did not shy away from the fact that it had hurt her team a great deal. For that reason as much as any, it means she is not looking too closely at the slow start they have made in warm-up fixtures.

“There’s no doubt that loss really hurt our group and I think we’ve improved a lot since that loss and we’re playing the 50-over format rather than T20, so we’re confident going in,” Lanning said. “We feel like our preparation has been really good and hopefully, come [match day], we’re ready to execute really well.

“We’re not reading too much into the warm-up results, we’re expecting a very good West Indies side to come out and we’re expecting them to play at their best. We’re looking forward to the challenge, we really enjoy playing against them and they’re usually very good games. So we know we need to play really well to beat them and hopefully we can come out and start off well.

“It has been a long time coming, the preparation has been long but it has been great and we feel like we’ve had enough time to get used to the conditions in the UK. Now everyone else is playing, we’re just itching to get out there and get started.”

Australia’s XI remains a matter for conjecture, with the likes of Rachael Haynes pushing for inclusion in the top six and a trio of spin options also in the mix. 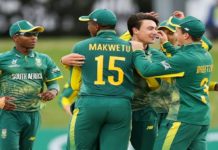 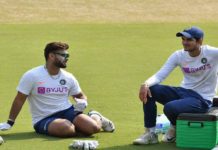 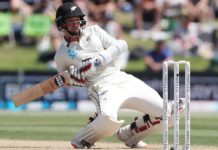 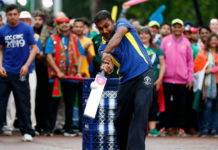 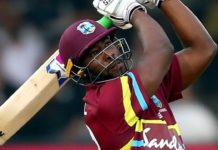 There are obligations that accompanied acknowledgment -Rahul Dravid