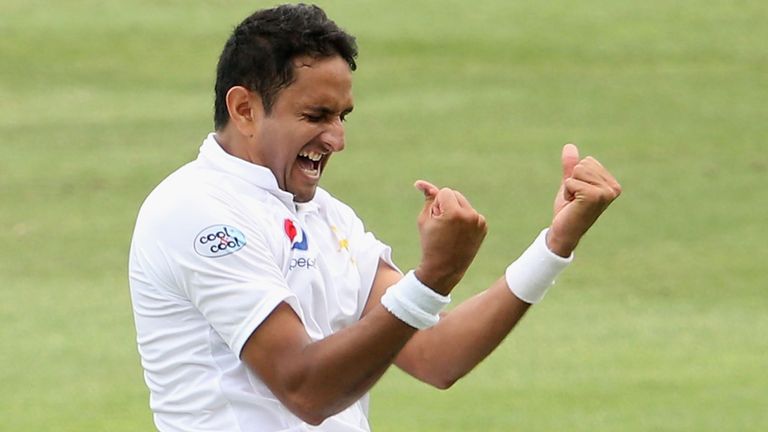 Australia captain Tim Paine has said his team is geared up to face the metronomic Mohammed Abbas in the pink ball Test. Abbas, who has an impressive Test average of 18.86, has the ability to bowl with nagging control and extract just enough movement off the seam either way. Abbas, who was dropped for the Gabba Test, can potentially cause more damage with the pink ball as it has a prominent seam and PU based coat. The polish on the ball can ensure it shoots off the wicket faster.

“We all know what he does, we’ve got a different side that played against him before. He’s an exceptional bowler, his record would suggest that. We’ve spoken about him. We’ve spoken about the whole team … if we’re not right on top of our game, Abbas and the rest of the side can create you problems.”

Azhar Ali, the Pakistan skipper, also backed Abbas to do well in Adelaide and confirmed that he is going to play the crucial game. “He (Abbas) will definitely bring a lot of control … with a bowler of his class you always feel like he has something to offer. He has done well in first-class. He has done well in Test matches. He has worked a lot in the last Test on his rhythm and is feeling much better … We are feeling a lot more confident.”

Paine also revealed that Steven Smith, Australia’s bedrock, is working with Cricket Australia to get ‘proper’ sleep. The star batsman, who was dismissed for a cheap score in the first Test, had recently observed that he finds it hard to “switch off” after his long vigils at the crease.

“I know he’s working with people at Cricket Australia and elsewhere on trying to find a better night’s sleep. It’s not a great endorsement for his Koala mattress company but he’s working on trying to get better at that and trying to relax a bit more between games. I don’t think it’s an easy fix for someone who’s wired the way Steve is.”

With Australia taking a 1-0 lead in the two-match Test series against Pakistan at the Gabba, the home side has decided to announce the same playing XI for the pink-ball Test in Adelaide, starting on November 29. The hosts also said that James Pattinson and Cameron Bancroft, who are part of the squad, would be released to play in the Sheffield Shield.

So, that leaves Australia with no spare batsman in case they require a concussion substitute for an injured batsman. However, with ICC’s rule stating that a particular player can be substituted within 36 hours, Australia have decided to allow Bancroft to play for Western Australia in the Sheffield Shield. Incidentally, he had remained with the Australian squad for the Gabba Test.

Bangladesh Cricket Board unaware of any private proposal to PCB for...