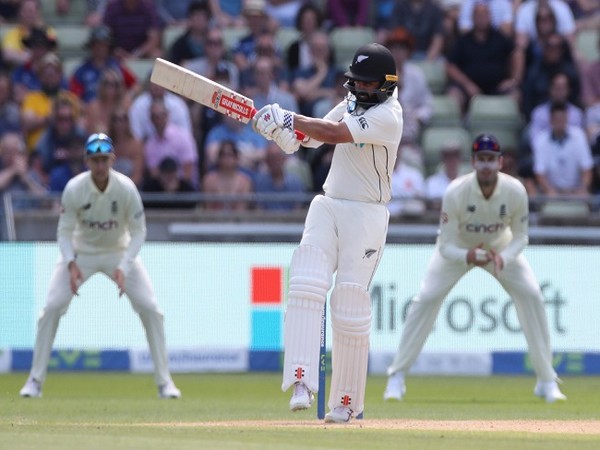 Ajaz Patel has been named as the specialist spinner as New Zealand announced their final 15 member squad for the World Test Championship final against India from June 18. Doug Bracewell, Jacob Duffy, Daryl Mitchell, Rachin Ravindra and Mitchell Santner are the ones left out after the two-Test series against England.

After his impressive outing against the hosts, Devon Conway also sealed his spot for the marquee clash. Conway, on his debut at Lord’s, scored 200 to prove his mettle in the Test arena. He then followed it up with an impressive 80 in the first innings in the second Test at Edgbaston as New Zealand sealed the series 1-0. Patel picked up four wickets in the win and was economical as the pacers – Matt Henry, Tent Boult and Neil Wagner – dominated proceedings.

There’s had to be some tough calls with Mitchell and Daryl victims of the fierce competition we currently have for places in the Test side,” head coach Gary Stead said. “We’ve gone with Ajaz as our specialist spinner after an impressive outing at Edgbaston and we believe he could be a factor at the Ageas Bowl.”

Kane Williamson was forced to miss the second Test because of a nagging elbow injury while BJ Watling, who will retire post the clash, failed to recover in time. Stead was confident that both players will recover in time for the Test in Southampton, while the coach also backed Colin de Grandhomme to do well in the game.

“Colin’s been an integral member of our Test set-up for many years and it was great to see him return at Lord’s after a long injury lay-off. He’s a proven performer at the top level and we back him to do a job with the bat or the ball if called upon. Kane and BJ have certainly benefited from their week of rest and rehabilitation and we expect them to be fit and available for the final.

CPL 2020: Teams unhappy with Trinbago Knight Riders staying outside the...

Misbah called for an extension in duration of the inaugural World...