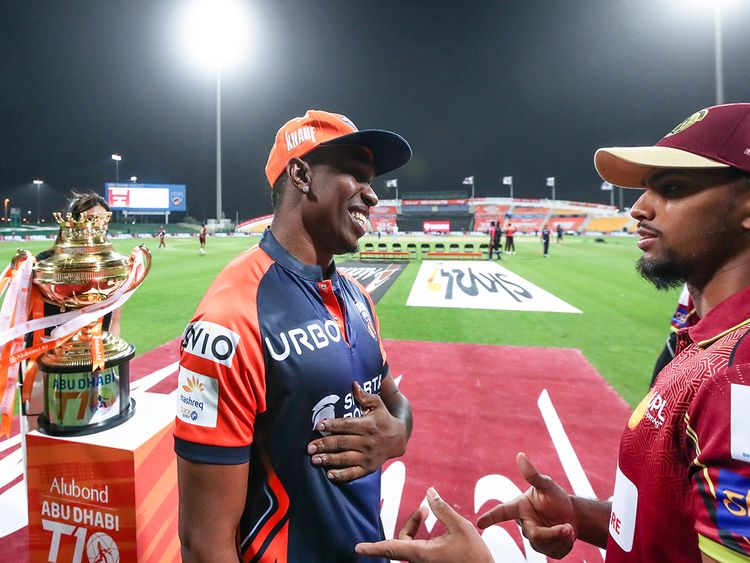 Northern Warriors turned out to be the dark horses in the Alubond Abu Dhabi T10 League when they outplayed Delhi Bulls by eight wickets to win the title at the Sheikh Zayed Stadium in Abu Dhabi on Saturday. With this, the curtains came down on some thrilling action over last 10 days, which saw some exhilarating action across 29 matches.

It turned out bit of a one-sided final once the Bulls, who outplayed Qalandars to make the final in the Qualifier, lost their way to finish at 81 for nine off their allotted 10 overs. The Warriors rode on a fine start by the UAE’s in-form Mohammed Usman (27) before the experienced Lendl Simmons (14) and Rovman Powell (16) joined hands to overhaul the target with 10 balls to spare.

Young captain Nicholas Pooran marshalled his side rather well in the tournament and shone with the bat as well, though the final was not quite his day. He was caught in front of the wicket by the nippy Fidel Edwards, his compatriot, for 12.

Sent in to bat, Delhi Bulls’ Rahamanullah Gurbaz of Afghanistan and Evin Lewis started on a positive note but the former was the first wicket to fall with his own score on 13. Maheesh Theekshana, the young mystery spinner from Sri Lanka, struck telling blows for Warriors as he claimed the wickets of Lewis (10), Ravi Bopara (nine) and captain Dwayne Bravo at no score.

Losing Hashim, Dale massive, we must share the responsibility – Aiden...