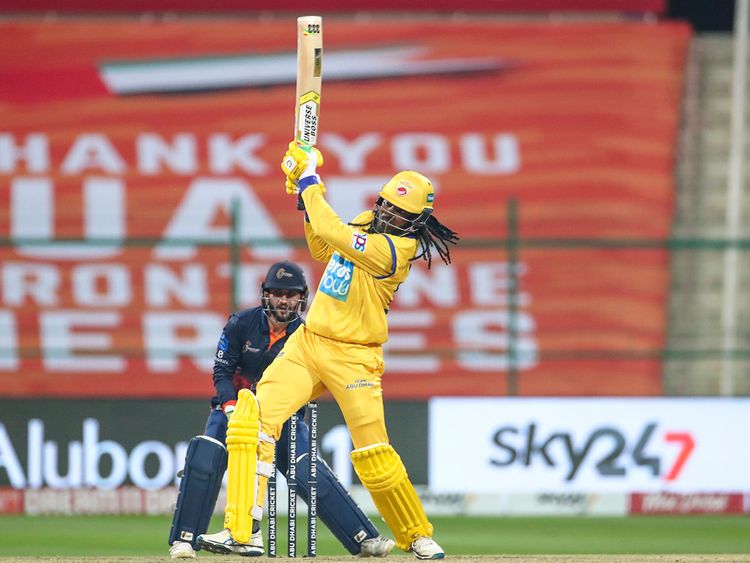 A little chat with Kumar Sangakkara, mentor of the team, helped Chris Gayle to fire for Team Abu Dhabi for the first time in the second match of the day in the Super League stage of Abu Dhabi T10 League on Wednesday.

‘‘I had picked up a few good tips from Sangakkara, who is a legend of the game, about my batting and was more alert today,’’ a candid Gayle remarked during a post-match chat after his blazing knock of unbeaten 84 (off 22 deliveries) helped them his team make a shortwork of Maratha Arabians’ total of 97 for four at the Sheikh Zayed Stadium on Wednesday. Team Abu Dhabi, who had been having a stop-start campaign so far, overhauled the target with plenty to spare to win by nine wickets after only 5.3 overs.

‘‘It feels good to be among the runs again. Some of the young players of the team told me they have seen me but haven’t seen the gaylestorm,’’ the ‘Universe Boss’ said tongue in cheek. ‘‘We are still in it. We have got an important game tomorrow and if we win it, we can still be in the hunt,’’ he said.

‘Stop being vulnerable and nail the spot’ – Sam Curran